It seems Facebook is always showcasing the next attention-grabbing list, so perhaps it’s time I clog cyberspace with my own (sans sketchy ads at the bottom). With summer fleeting—September 22 being the last day—I wanted to look back over some of my favorite adventures of the season. Getting out was a lot more scarce than previous summers (see my post on fatherhood), which made the few times I did emerge that much sweeter. Here are my Top 7 Outings of the Summer:

7. The Young and the Rackless. I couldn’t resist this cleverly titled, multipitch sport climb in Boulder Canyon. If you don’t get the reference, just think of those cheesy soaps from the 80s and 90s. And then think of climbers who have yet to acquire a set of stoppers and camming devices.

I ascended this 4-pitch climb with a buddy who lives in Boulder. At 5-9 and way more bolts then necessary, this climb was mellow fun with just a little zest to keep it interesting. I’ve done better climbs, but it was pretty dang fun for two hours of effort. 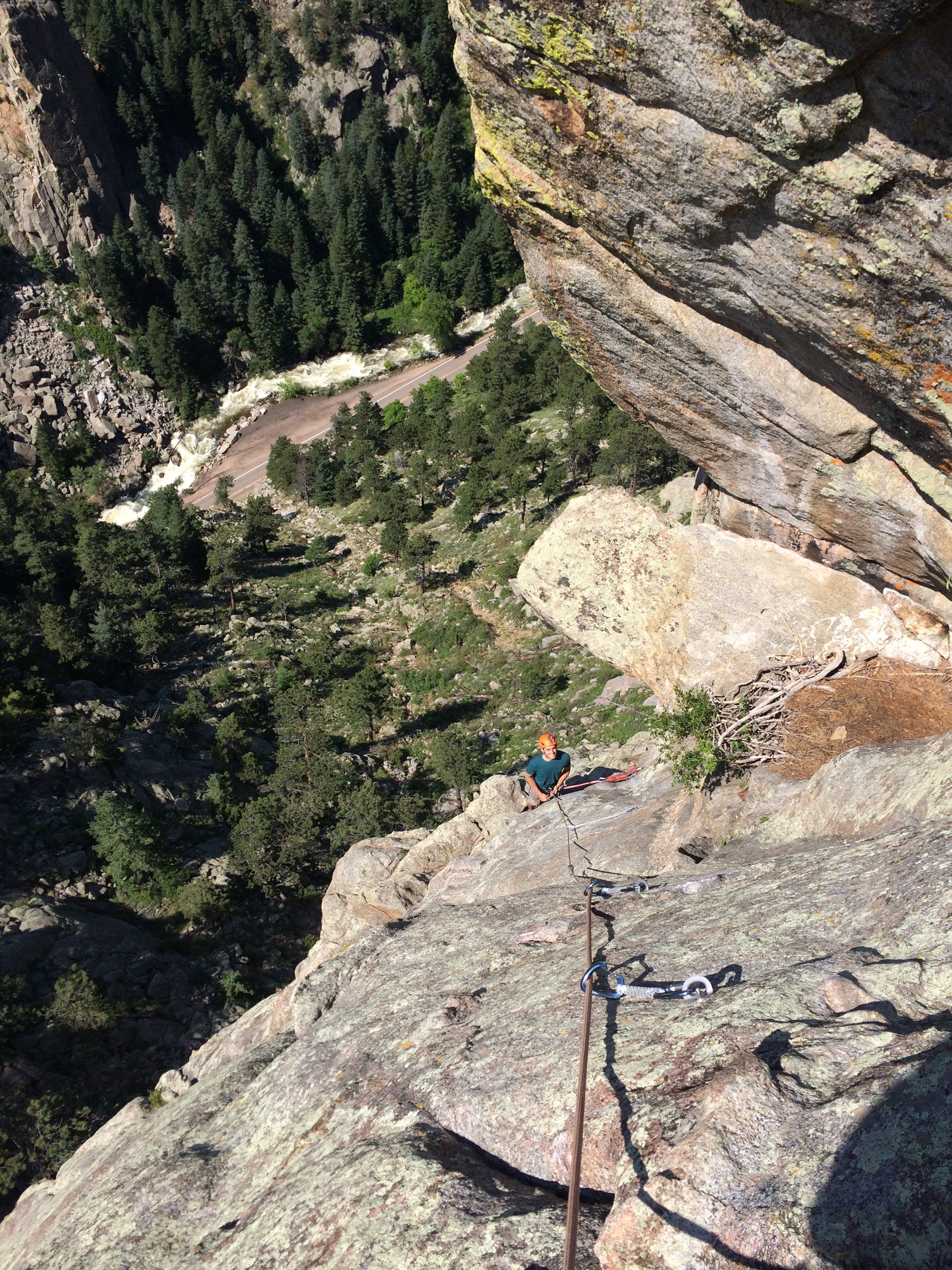 6. A trail run up Pikes Peak in June. Yep, I was shooting for the illustrious 13.1-mile ascent (without having to pay for the official race), though I underestimated the amount of snow for mid June. I didn’t make the summit—not even close (see my previous post “Saturday Barr Run”)—but I did make it to Barr Camp and gorged on the free pancakes. I still ended up with the 13 miles of running mileage and change, but without the elevation gain and donuts on the summit. Next time. 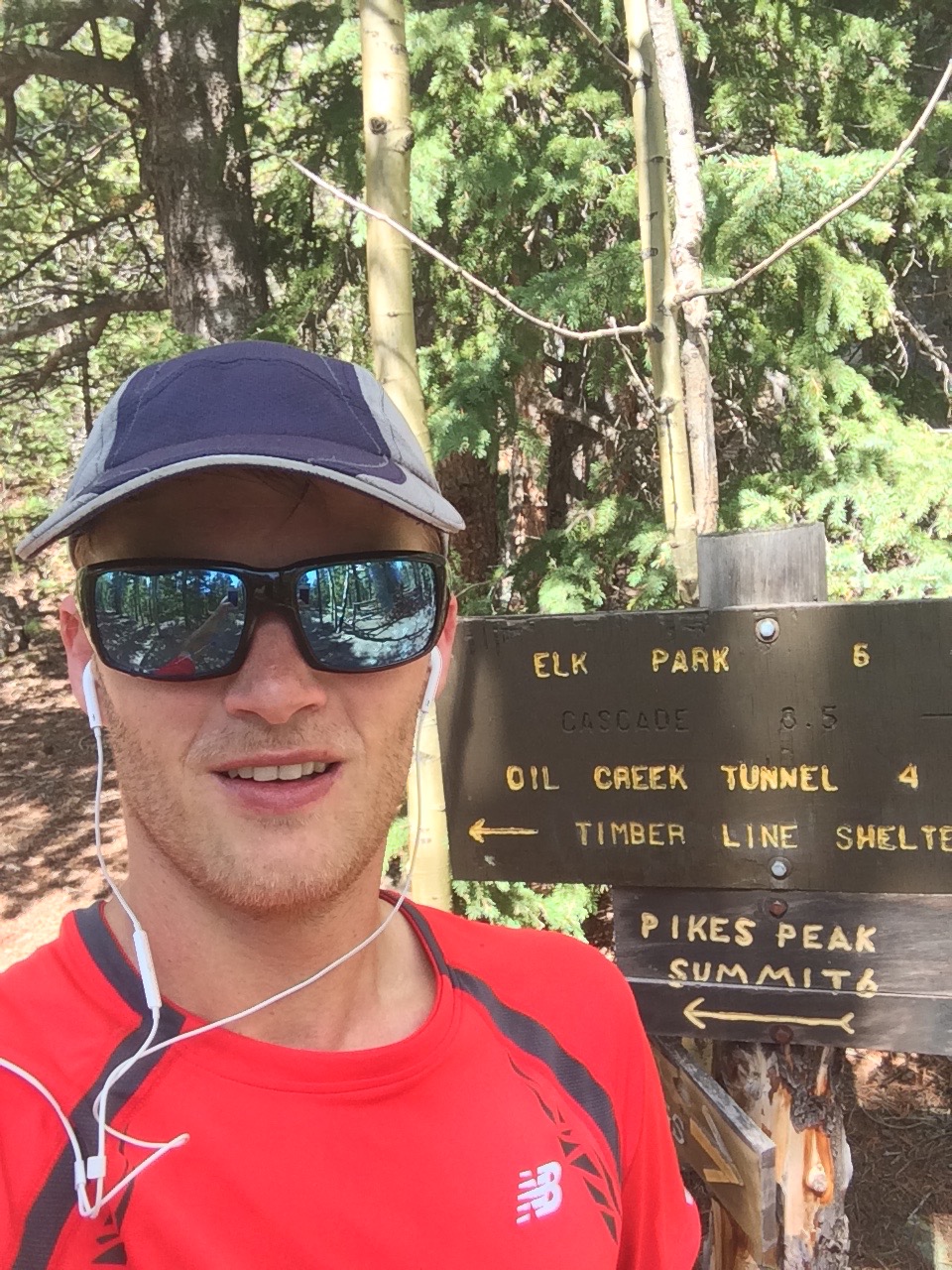 5. Triathlon Trifecta. With a baby on the way, I was looking to stay closer to home, yet still stay motivated and train. Fortunately, Boulder County seems to offer at least a few triathlon races every week. While some seem about as overpriced as an iPhone 6 without a contract, they certainly deliver with a big field of competitors and ridiculously sized medals for placing (about the size of one of grandma’s oversized Monster Cookies)—makes me feel like 3rd place in your age group is a BIG deal. Haha. Ironically, the one race I did earn first place in my age group, they didn’t even hand out medals. 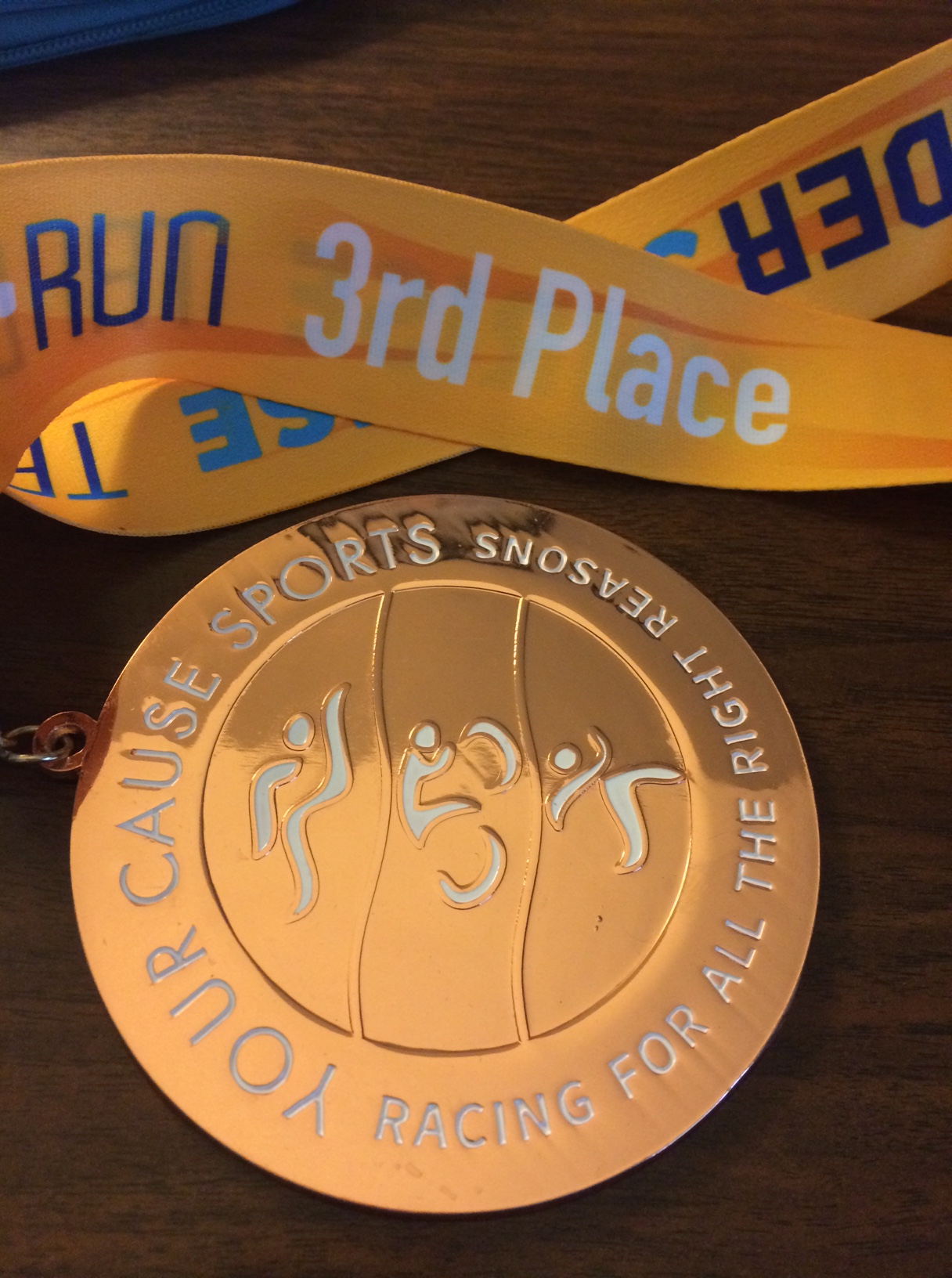 4. Centennial Cone. One of my buddies who works for Specialized invited me to go on a mountain bike ride with him and his coworkers. The 17.3-mile ride is one of the best in the state—#40 according to Mountain Bike Project. Which is saying a lot, considering the plethora of options in Colorado.

As the five of us started riding from the sweltering trailhead near Golden, our speed began to hasten sharply. Like a pack of hounds just catching a whiff of the coon in the big hunt, our pack began to move at breakneck speeds. The pace didn’t relent the entire two hours—which I actually enjoyed, but their plush Specialized rides made me wish I had a full suspension bike to help me keep up!

The guys are definitely a motivating group to adventure with. They also gave me crash course in the art of using aps to help you train. “If you don’t post it to Strava, then it didn’t happen,” they told me. This was kind of a mental mindblow because I usually only log about half of all my runs or rides on Nike Running or Strava! Haha. The next week, I further proved my Strava rookie-ness when I posted a run with average speeds of 4.5 minutes per mile. I received at least one incredulous text. Note: This is what happens when you forget to switch the run mode to bike mode. 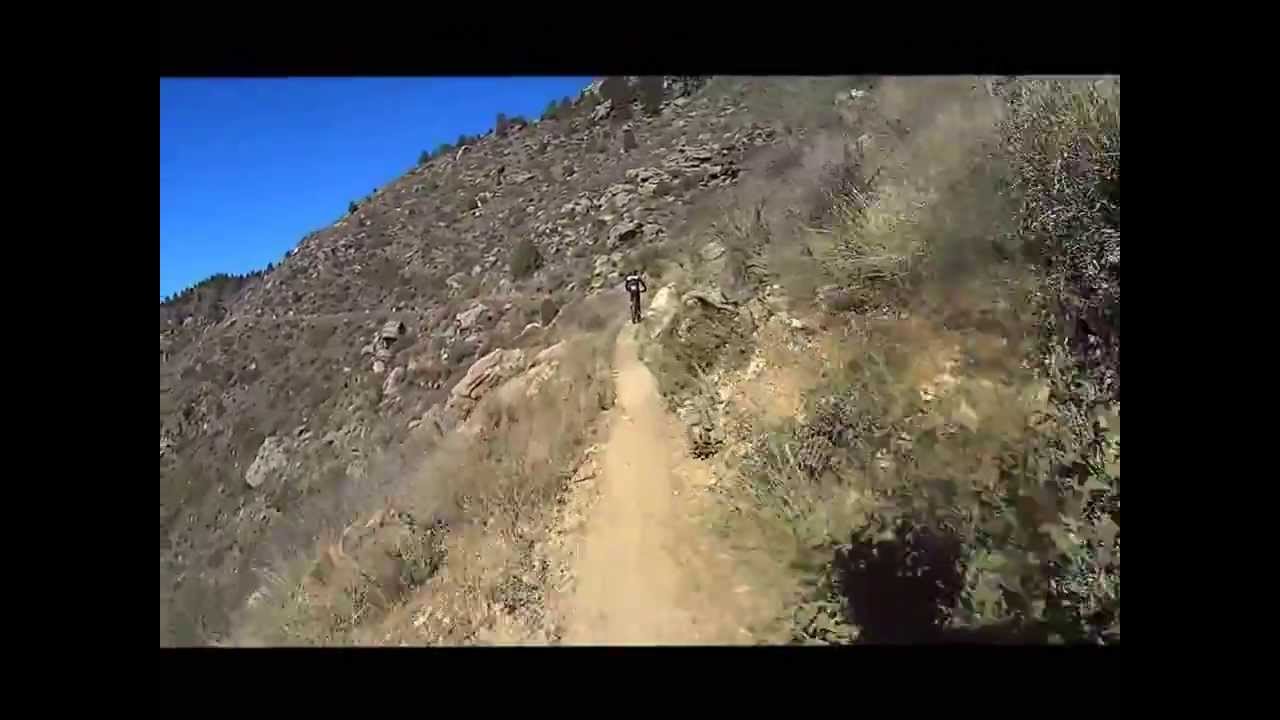 3. Failure on the Prow, Success on Humboldt. My time was definitely scarce getting into the high country this summer, so when an opportunity arose, I took it. My buddy Daron and I tried a shot at the Prow on Kit Carson, a Exum Direct style route, that includes 6-7 pitches of rock climbing near the top of the climb. Unfortunately, the weather turned for the worse when we arrived at the base of the climb and we were forced to turn back. The next weekend, while my wife was at a baby shower, I hiked Humboldt solo. I loved the opportunity to return to the Sangre de Cristos, my favorite mountain range in the state, and actually stand on top of one of the summits again. 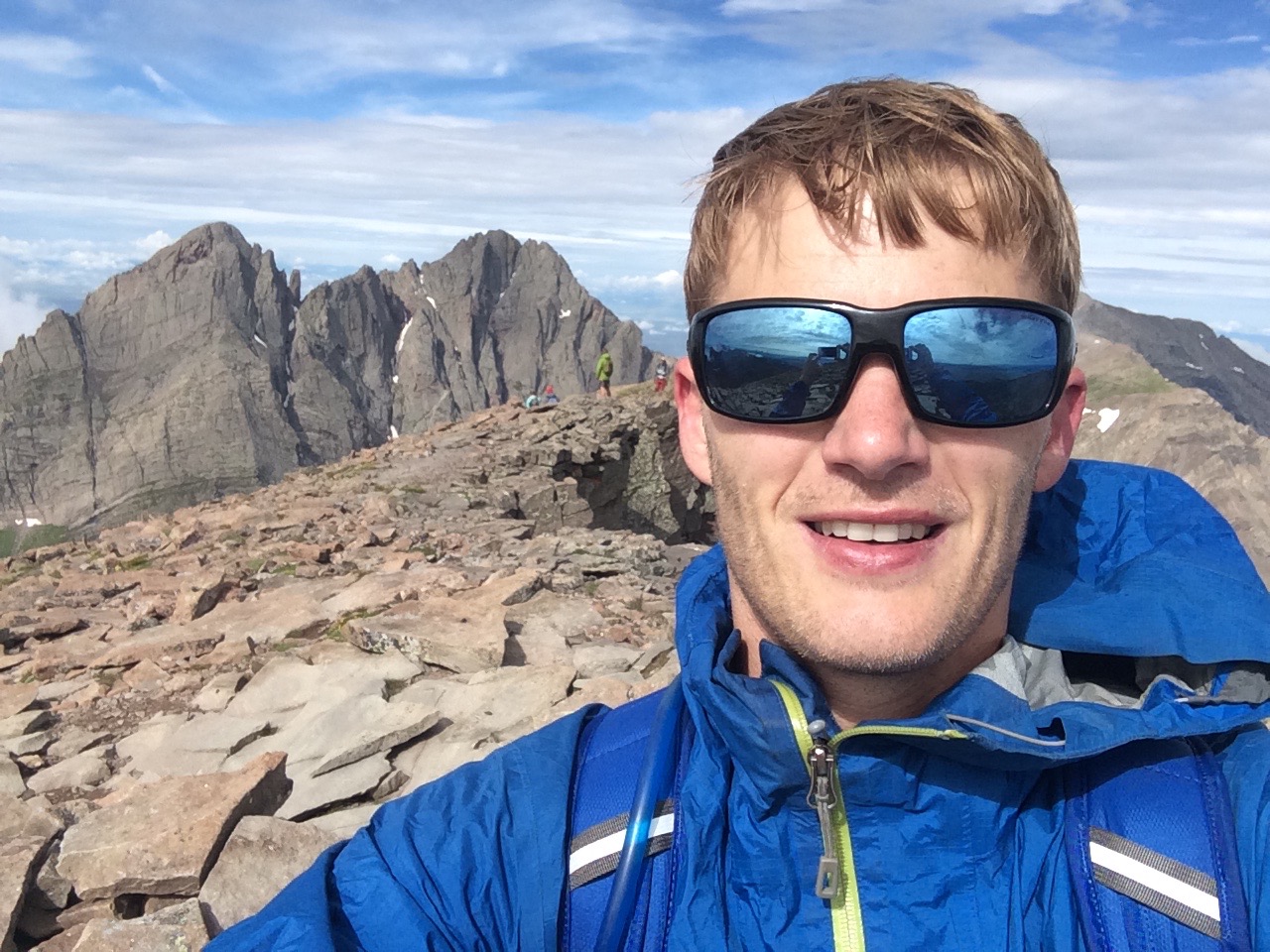 2. Skyscraper Lake. When I heard about running the Devil’s Thumb King Lake Loop in Indian Peaks, I was intrigued. So I set out to do just that after church one Sunday. About 4 miles in, I wasn’t feeling so prime. So a loop run turned into a walk/run 10 mile out-and-back to Skyscraper Lake. I was able to see some of the same mountain cirques one would see from the loop, which was inspiring. The mountains reminded me of the Uintas in Utah, or perhaps even the Bitterroots in Montana. I hope to do the full loop next summer. 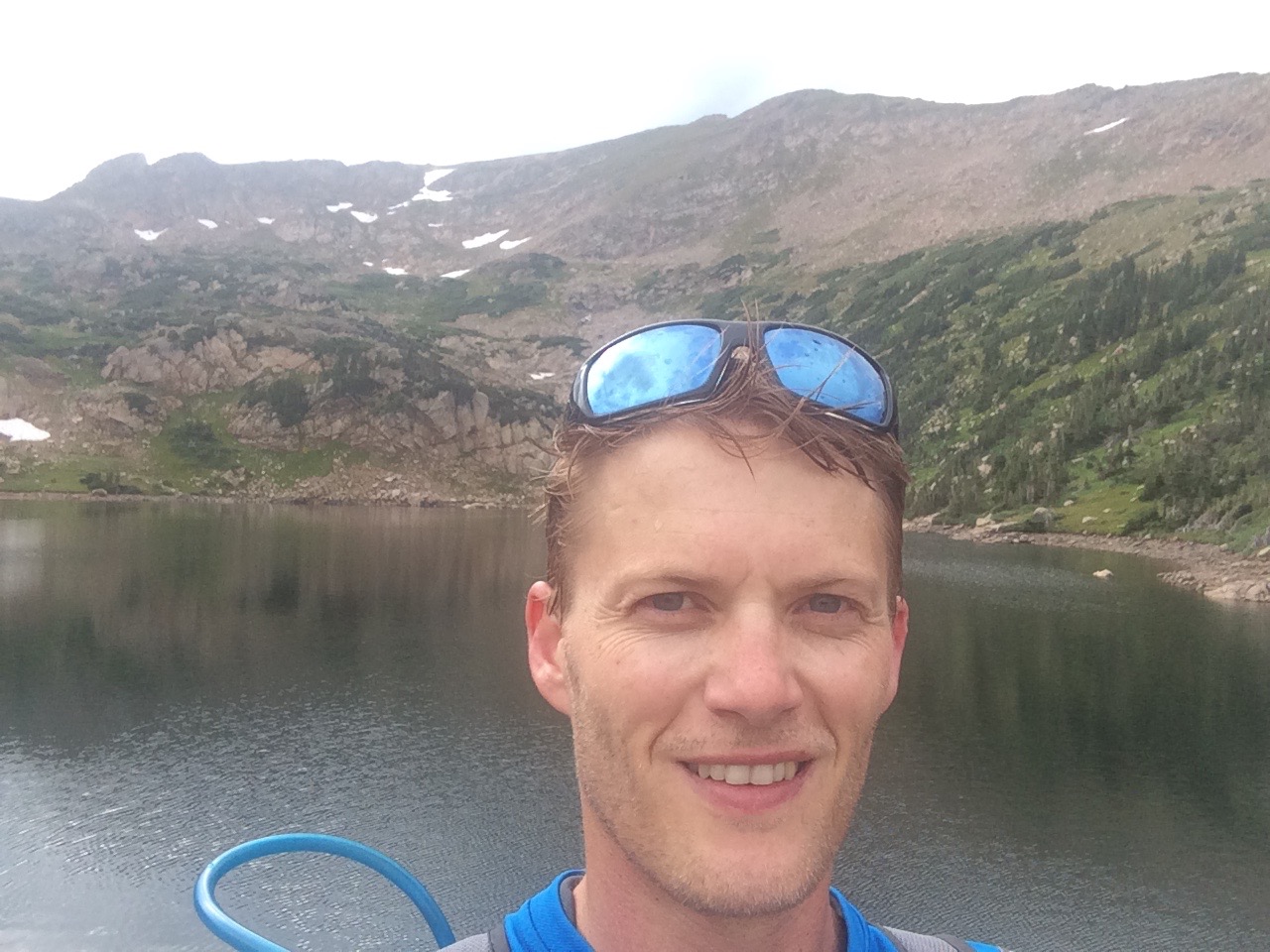 1. Adventuring with the Pip. As you recall, my wife and I had a daughter this summer in late June. And I’m proud to say that my favorite adventure of the summer has been with her! Specifically, the three of us hiked up Mount Cutler in Colorado Springs, she in an ergo carrier. At a whopping 1 mile ascent, the not-so-arduous-but-still-scenic hike near Colorado Springs was an accomplishment—proof that maybe our little family might still be able to get in the mountains sometimes after all.

Indeed, Pip does seem to like being outside. There have been several times of fussiness cured the moment we took her on a short walk outside the house.

Not only that, whether in the mountains or just staying at home, life with Pip is a constant adventure. Every day is new and unique when you have a cute little one to watch over and be entertained by. Just when I get tired of the less than perfect nights of sleep, she hits a new phase, like smiling and cooing, and I am transfixed.

For my wife and I, this has been the summer of Pip. And it’s been a blast.

Here’s to the next week going slow as to wring as much summer out of the days as possible! Happy Summer 2015. 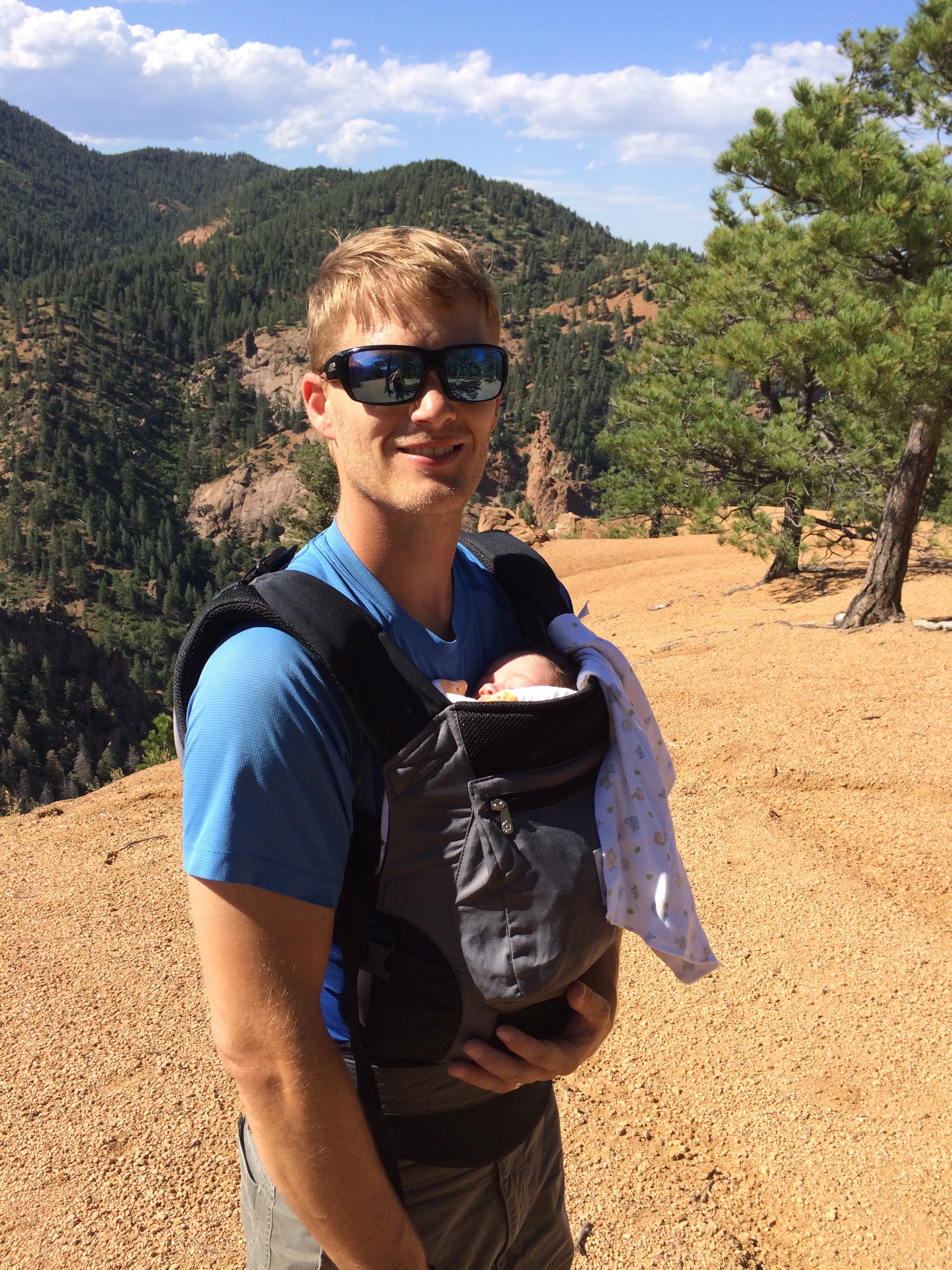 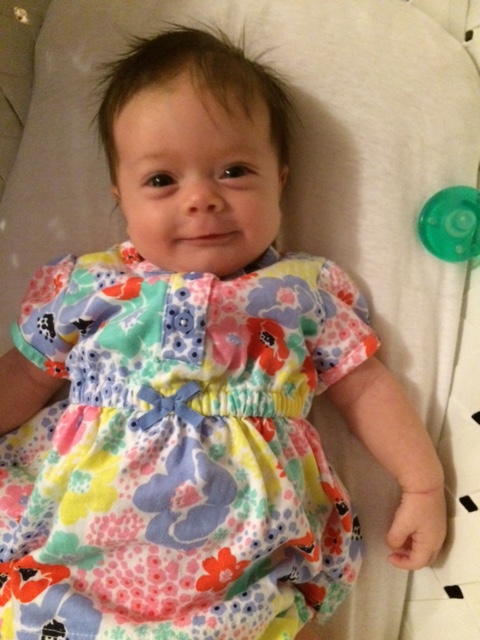