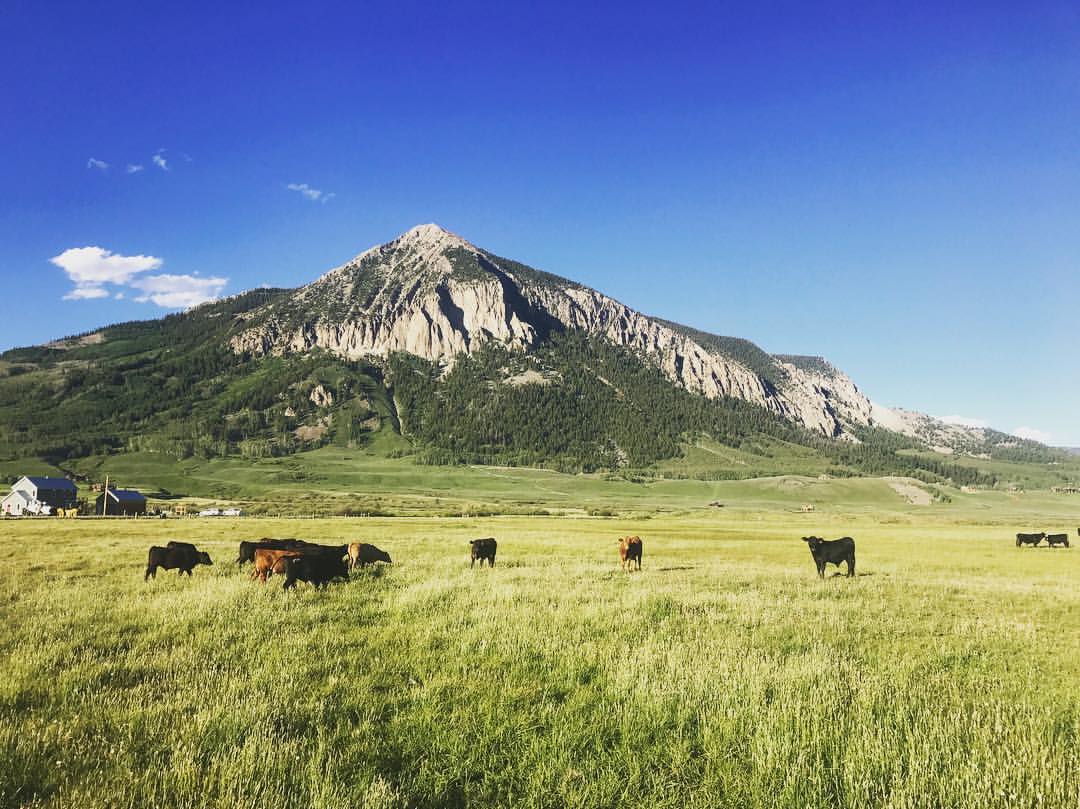 This is already shaping up to be a very different summer.

For the past few weeks, my family and I, have been living and working in Crested Butte, Colorado, a small mountain town about four hours southwest of Denver. We are here for approximately a month and a half, though the weeks keep flying by.

Working with familiar Lifelines friends and new college student friends from around the country, our days and hours have been filled with community building, service opportunities and various outdoor adventures (some indoor ones, too).

This is my fifth summer of this kind, and I have always enjoyed the location—the quintessential mountain town is surrounded by Switzerland-style peaks, and is carpeted with wildflowers in the prime of summer. I have a lot of history with this place, from ski vacations with my family, to attending college here for a year—even a skimo race a few years ago.

In many ways, my life feels much more normal this summer, especially compared to 2016. As I gaze out my condo balcony at Redstone Peak, standing stately and silent with its jagged flanks and a snow-filled bowl, it’s hard to believe that any of the past year actually happened. 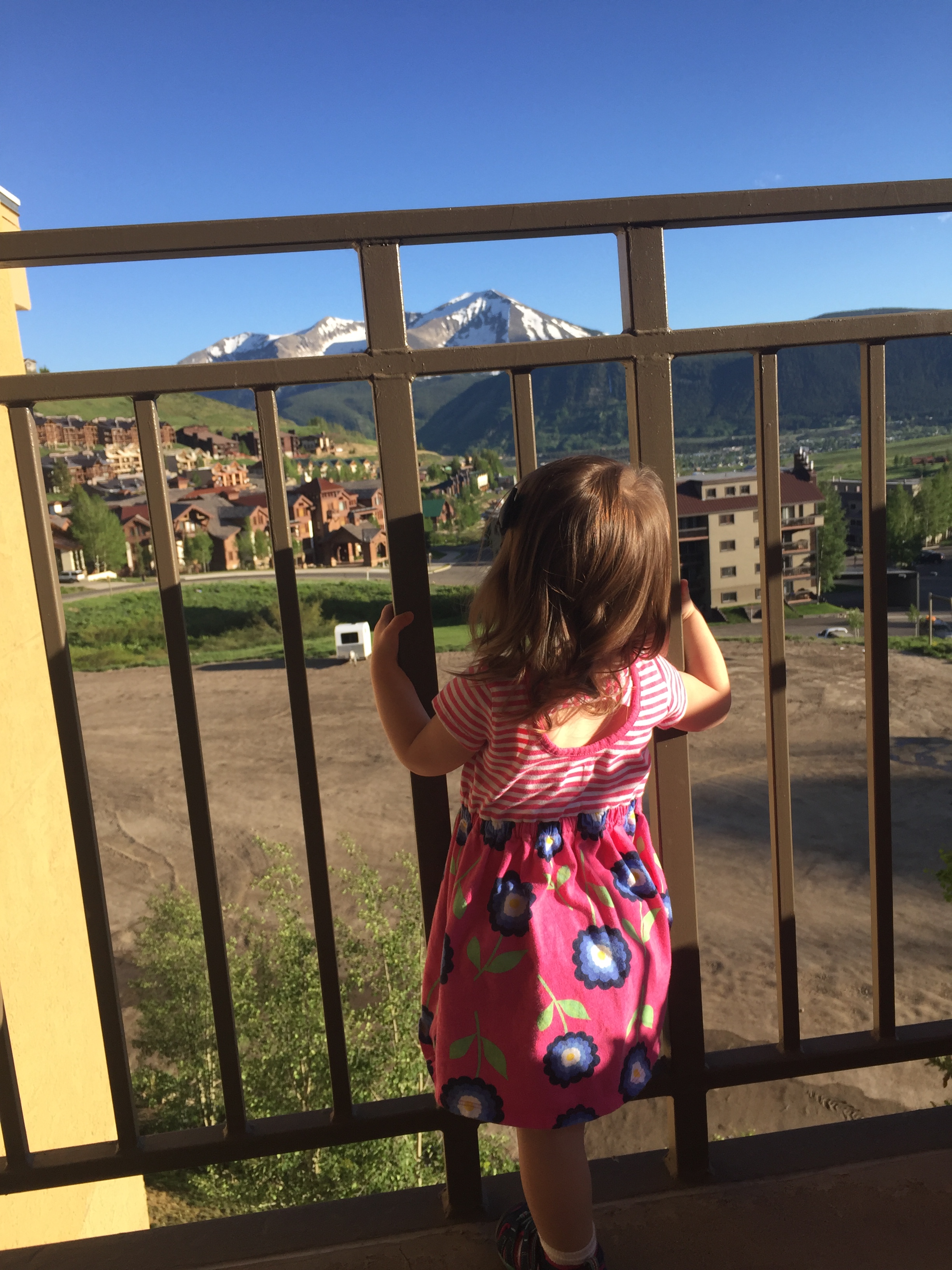 A view from our condo for the summer.

I feel happy just being here again, but little things like adjusting to the altitude is always a rude awakening. I’ve often come into these summers in peak condition, but this year probably the opposite. The trails right outside our door come with the stiff penalty of lung and sweat equity, but I still can’t help playing in them. It doesn’t help that the preventive drugs I’m on restrict my aerobic capacity.

I was reading an article lately about just how long altitude acclimitization takes, and something stood out: for competitive athletes in places this high, it can take up to a full year of acclimatization to perform at peak level.  I get that it takes time to adjust to altitude, but a full year? That was surprising. I know from experience you can trick your body temporarily with hiking peaks but eventually the altitude wears you down.

The same article mentioned how cross country runners from Western State College in Gunnison (just 28 miles south of here), mandatorily redshirt first year runners to allow  time for this adjustment. And wisely so. My sister-in-law, who ran for WSC, can attest to just how hard it is to compete at this altitude. 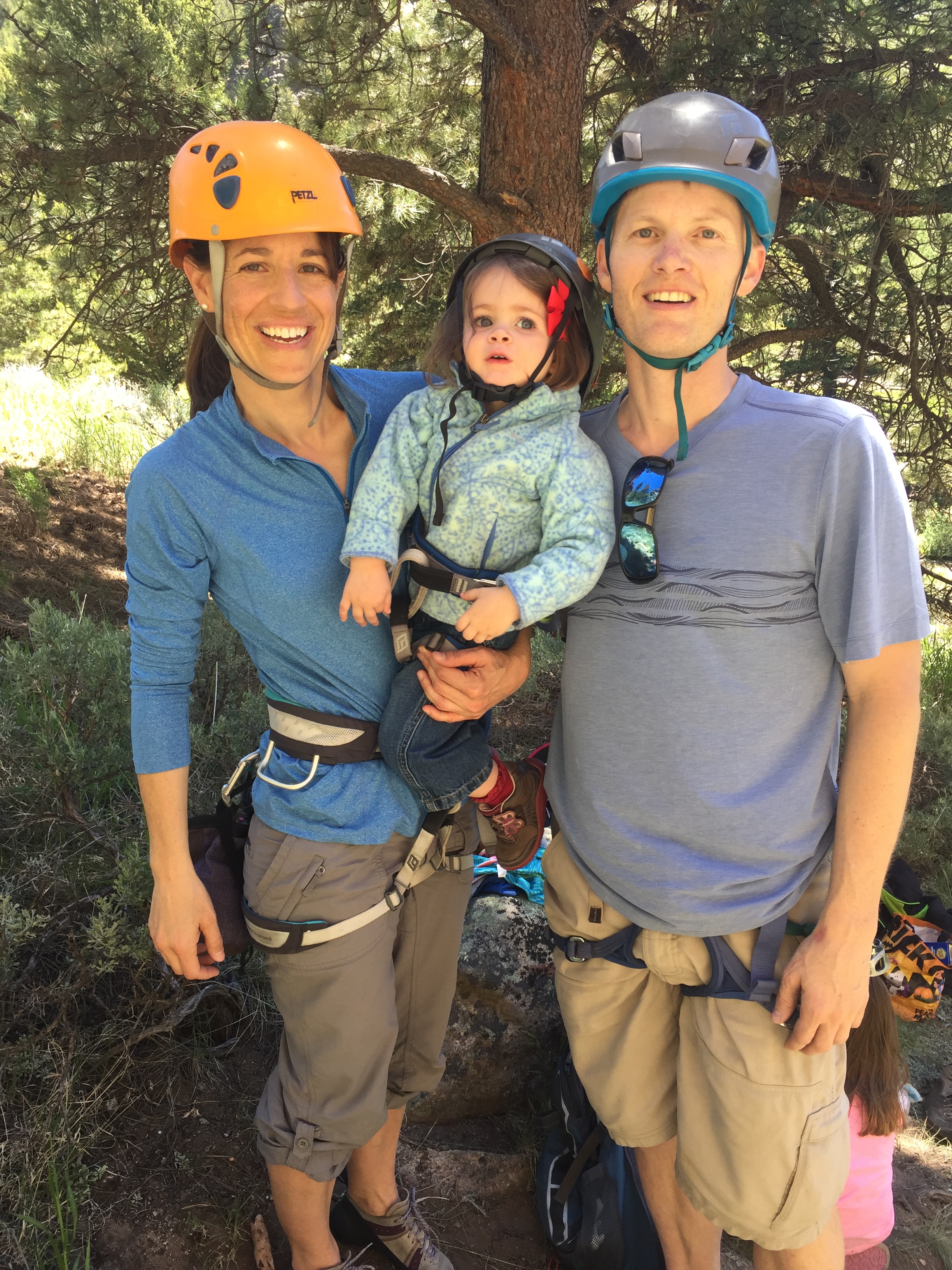 Which gets me thinking, after the hell of my last year, I can trick myself into coming here and acting “normal,” but as I enter back into life, it is going to take a lot more than one good summer—or even 5 weeks for that matter—for me to feel good again. And even if I do find that normal again, it will most likely be a new normal. There’s a bit of reality for me to swallow.

Yet this dose of truth doesn’t take away from the fact that I am loving being here. The sunshine, the mountains, familiar friends and work in a familiar place, and especially an ever-present God who is with me. The following Scripture has been especially meaningful: “Return to rest, oh my soul, for the Lord has been good to you (Psalm 116:7 NIV).”

Indeed, this has been true for me. I am looking forward to the next several weeks in Crested Butte with my family as we enjoy this beautifully elevated place. 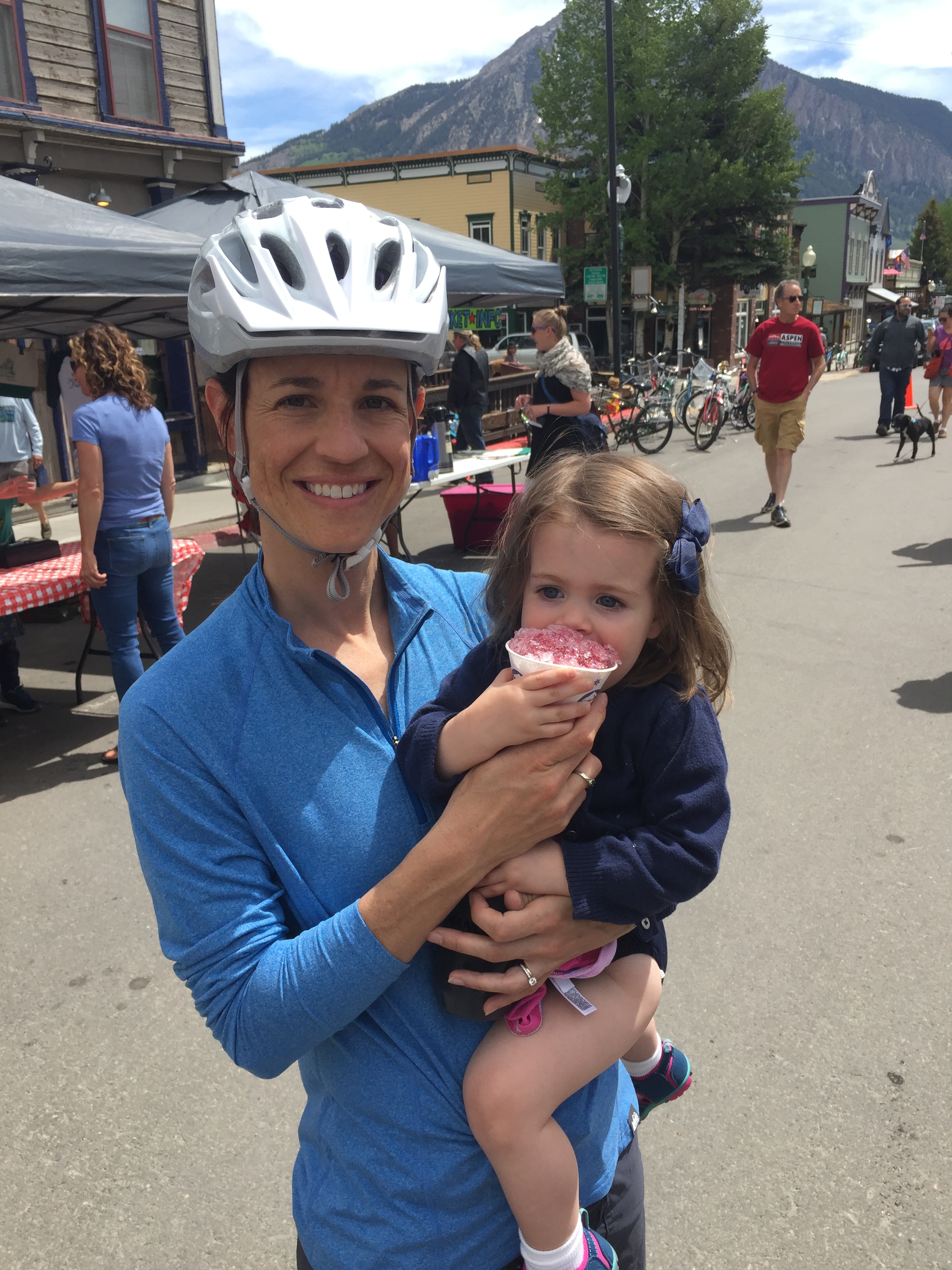 Summer is a great time for exploration. Case in point: our daughter’s first snow cone. 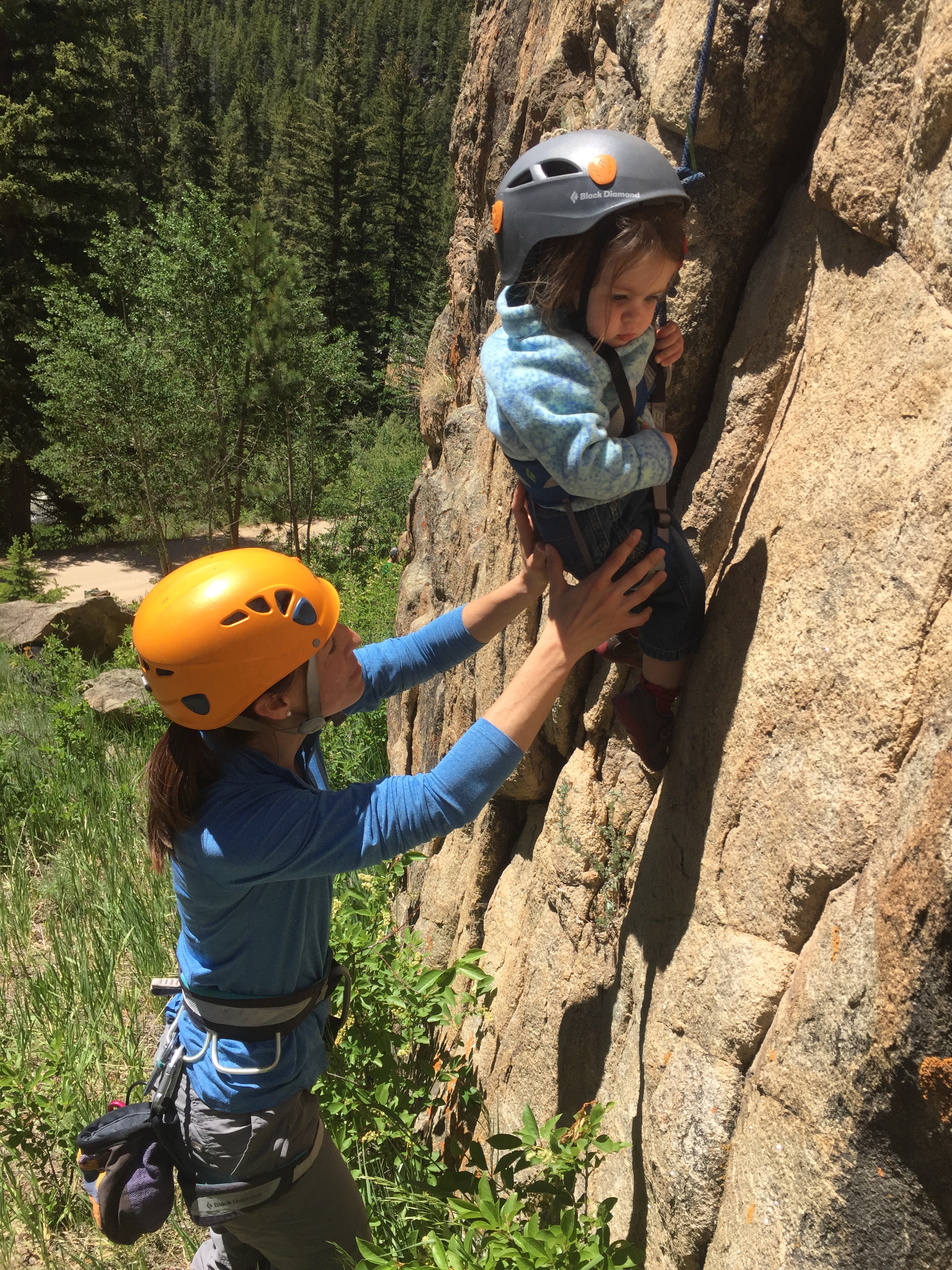 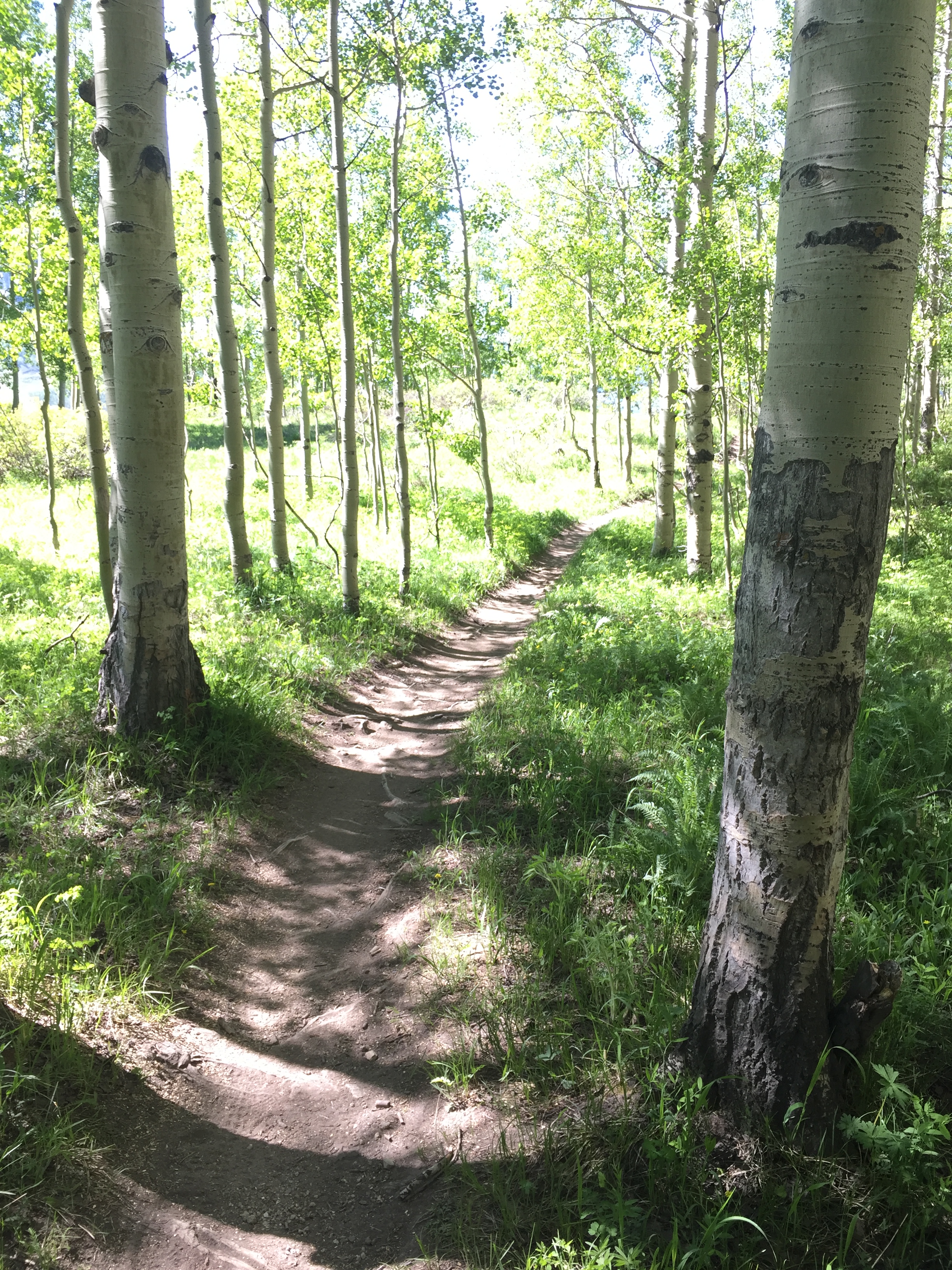 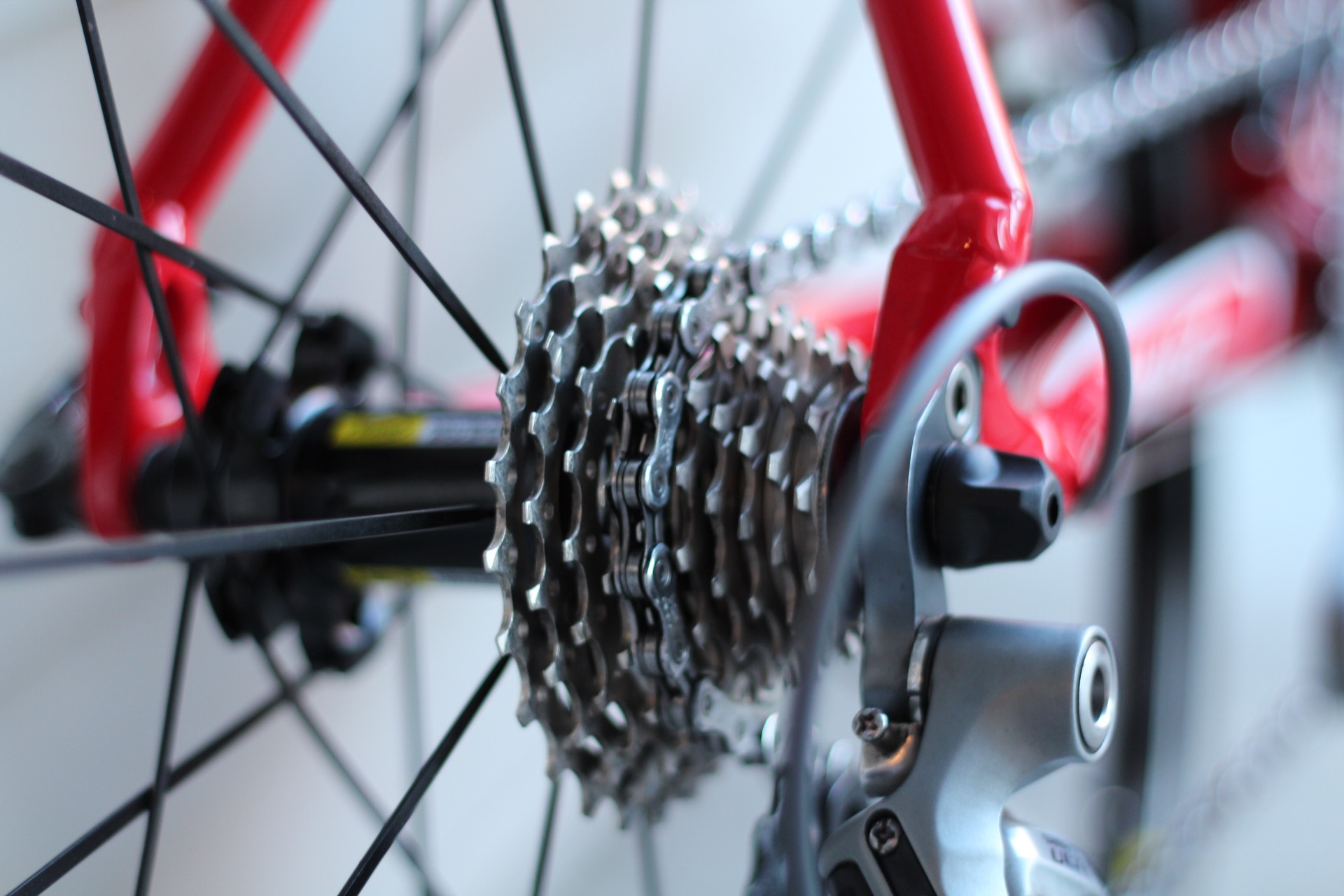 Potential killers lurked everywhere as I cycled along the sidewalk—not the road this time. I grew increasingly leery of the cars zooming along the street, fearing they may veer right for me, especially when crossing streets. It seems that lately at least one SUV driver wants to kill me!

The past few weeks I have been doing a fair amount of road biking again, though short and slow and more so on the Sioux Falls bike trails than the actual road. My rib pain has eased considerably, but then it seems my mind is not quite right.

Before the incident—now three weeks ago—I considered every driver innocent until proven guilty. Now it’s reversed: they are guilty until proven innocent, a whole city full of careless lane hogs who text and drive, drink and drive, and who knows what else!

Maybe I’m dealing with some residual hit-and-run PTSD? Perhaps. I’ll admit, a few times I have driven through neighborhoods around the crash site looking for the runaway vehicle. I’ve also pursued at least one SUV that looked like the assailant. I flipped a U-turn and chased them for a few miles, only to discover it wasn’t even the right type of vehicle. I was kind of like a bull seeing red—the color instantly enflamed my anger as I charged with horns ready!

I haven’t been enjoying biking much until I get on the trails. Which is so not road biking—it’s just part of the sport that you grow comfortable being a few inches from traffic, riding in the actual road. Not for me right now, thanks. I like mountain biking better anyway. 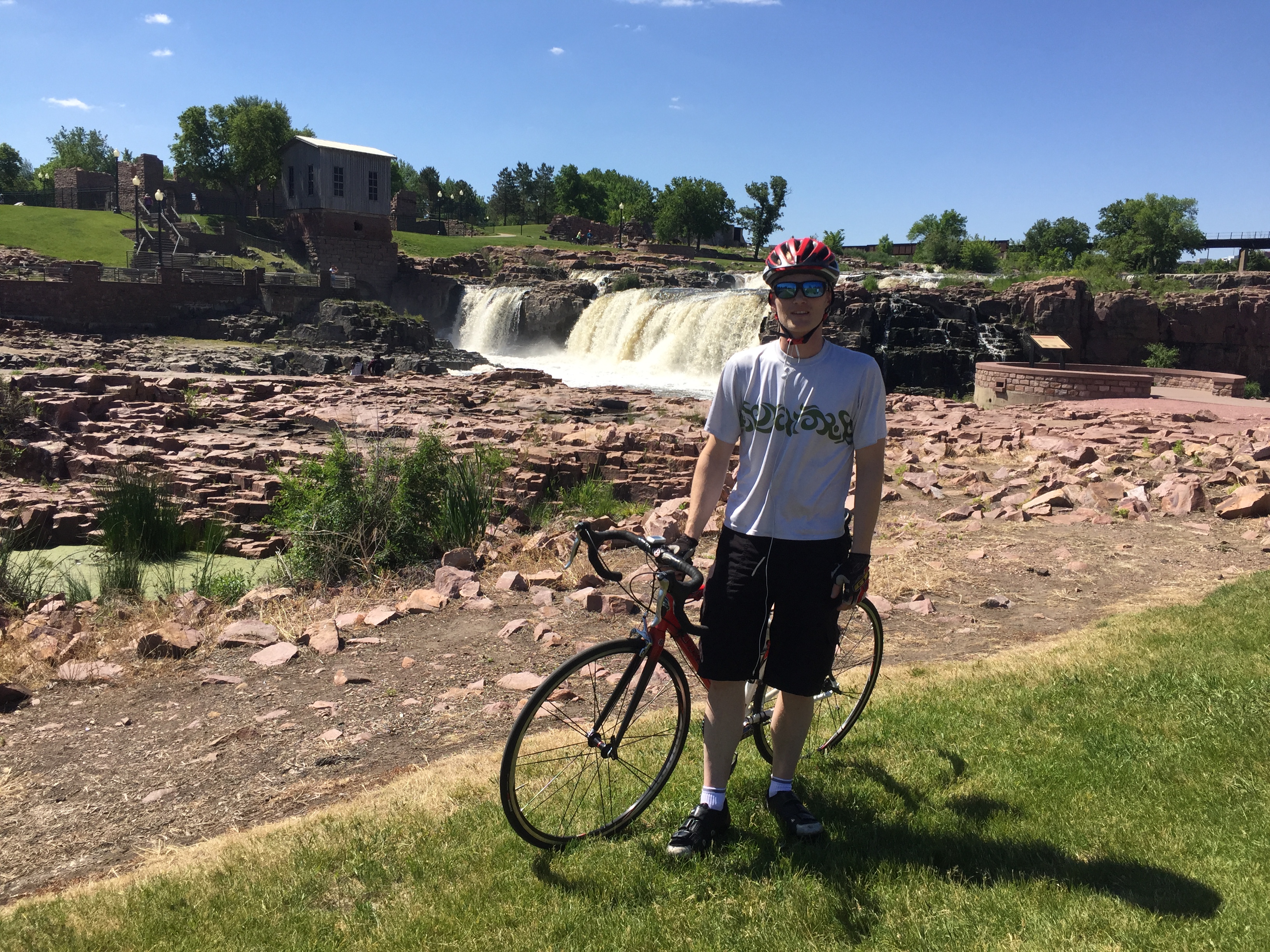 Fear has a way of changing you…I’ve had it with previous misadventures: a bad fall while rock climbing or swimming out of my kayak in rapids have left me anxious about getting back in the harness or boat. There’s more lasting scars then just bumps and bruises. These situations alter my confidence, and that can be difficult to shake off. Yes, a lot of it is in my head, but the mind is a powerful force.

I’ve met my residual PTSD from the bike incident head on lately, but beneath that layer is something much more deeply felt—dealing with survivorship. And by that, I mean I am wrestling with the challenges and blessings of being a cancer survivor. And it is much more significant than a close call on a bike.

They say that “death is the smelling salts of life.” I think that is true for anyone who has gone through a near-death experience. And with cancer, especially an “incurable” type, it wasn’t just one scary afternoon where I feared death because of unexpected circumstances. I’ve now lived for over a year, in fact, with that shadow hanging over me. And in some ways, the fear still lingers.

Of course, the fear of the return of cancer is something survivors often deal with—and this a very real and pervasive fear for me too. Lately, that fear hasn’t been as overwhelming, especially because a few realities have helped yank me back to the land of the living: God’s miraculous provision of our house, skiing four days this winter and of course, continued clear scans and good reports. Returning to full time work has also helped—we will soon be working with Lifelines in Colorado for several weeks this summer.

Then again, as I have entered this new era, the era of my survivorship, there are more challenges that come with it. First, though a big part of my treatment is over, I still have some ongoing treatment (Immunotherapy and a daily pill). And even more than that, I have begun to feel some side effects that I did not previously experience. I started having foot pain and numbness late fall 2016, but it has grown much worse, especially in the past month or so.

That has been rather unexpected, as it seemed most of the side effects had come or gone by now. This numbness and pain is the result of neuropathy, or damaged nerves from chemo. This is apparently common and can affect people on varying levels. The silver lining is that nerves are apparently resilient, but it will take time to heal—not just weeks, but months. And possibly not even just months, but years. Yikes.

This is a profound bummer as I was looking forward to a swift return to a lot of activities. I can still do some of them, like skiing, short hikes, easy climbs and biking, but it looks like running, high level climbing and probably backcountry skiing must wait.

The Lord has reassured me to be patient, something I will have no choice but to keep growing in.

But honestly, beyond foot problems there is much more. I’m still processing it, but life feels somehow different, never to return quite the same. It feels my relationships have changed, my work has changed. My outlook has changed. I am still figuring out where to go from here, and there is a lot more under the surface that I just don’t understand yet. And maybe that is a lot of survivorship for me—feeling lost.

Sometimes I have tried to rehit the accelerator of my life—trying to return to a normal pace and get things done—but I find that even accomplishments or regaining moments of “normal” cannot erase the lostness I feel. That’s about the best way I can describe it. 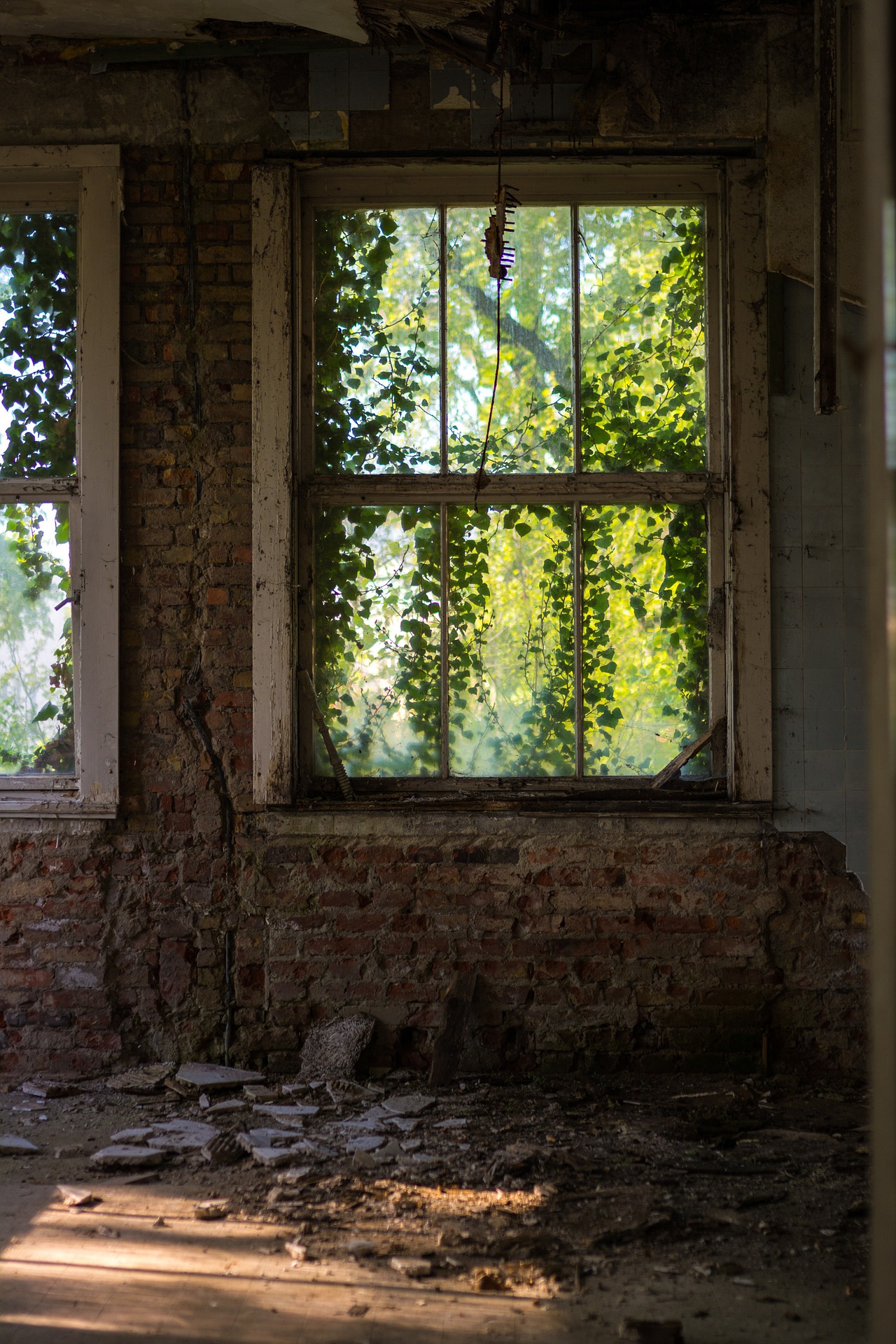 And so, yes, I am facing challenges from survivorship. But for me, the thing that has encouraged me is seeing the big picture. God has rescued me from stage IV incurable cancer—and there is not a day that goes by when I am not profoundly grateful to him for this. Somehow, in the craziness of those first few disorienting and fearful weeks, he led Elizabeth and I to Sioux Falls and to the treatment that proved so amazingly effective. Unofficially, I am cancer free. But then again, because of complexity and politics of medicine, most doctors would probably never say that “officially.” Blah blah blah. But that is essentially the story I am living.

And with that in mind, the problems of foot pain and numbness (God willing, temporary) are not that big of a deal when I consider the alternative story line—my life extinguishes quickly, Elizabeth loses her husband, Pippa loses her daddy.

But that is not what happened. I am so profoundly grateful. I cannot help but think of one of my favorite passages, from Psalm 103:

Praise the Lord, my soul;
all my inmost being, praise his holy name.
Praise the Lord, my soul,
and forget not all his benefits—
who forgives all your sins
and heals all your diseases,
who redeems your life from the pit
and crowns you with love and compassion,
who satisfies your desires with good things
so that your youth is renewed like the eagle’s.

Surely God has done this for me. And so, I will continue to be grateful.

In fact, tomorrow Sunday, June 4, is National Cancer Survivors Day—a day that now has a lot of meaning for me. Honestly, I didn’t even know such a day existed, until I got a little card in the mail from my treatment center inviting me to a BBQ with fellow survivors. Apparently, the day is kind of a big deal, considering how far reaching the numbers are: currently there are more than 15 million cancer survivors living in the United States alone. And that number will rise exponentially in the next 10 years.

So, for those of you who have been affected by cancer, first hand or through a friend or family member, or even those who have lost loved ones from this terrible disease, I wish you well on this day of great significance. No doubt it has been a long road. I know a little  about this road, too. 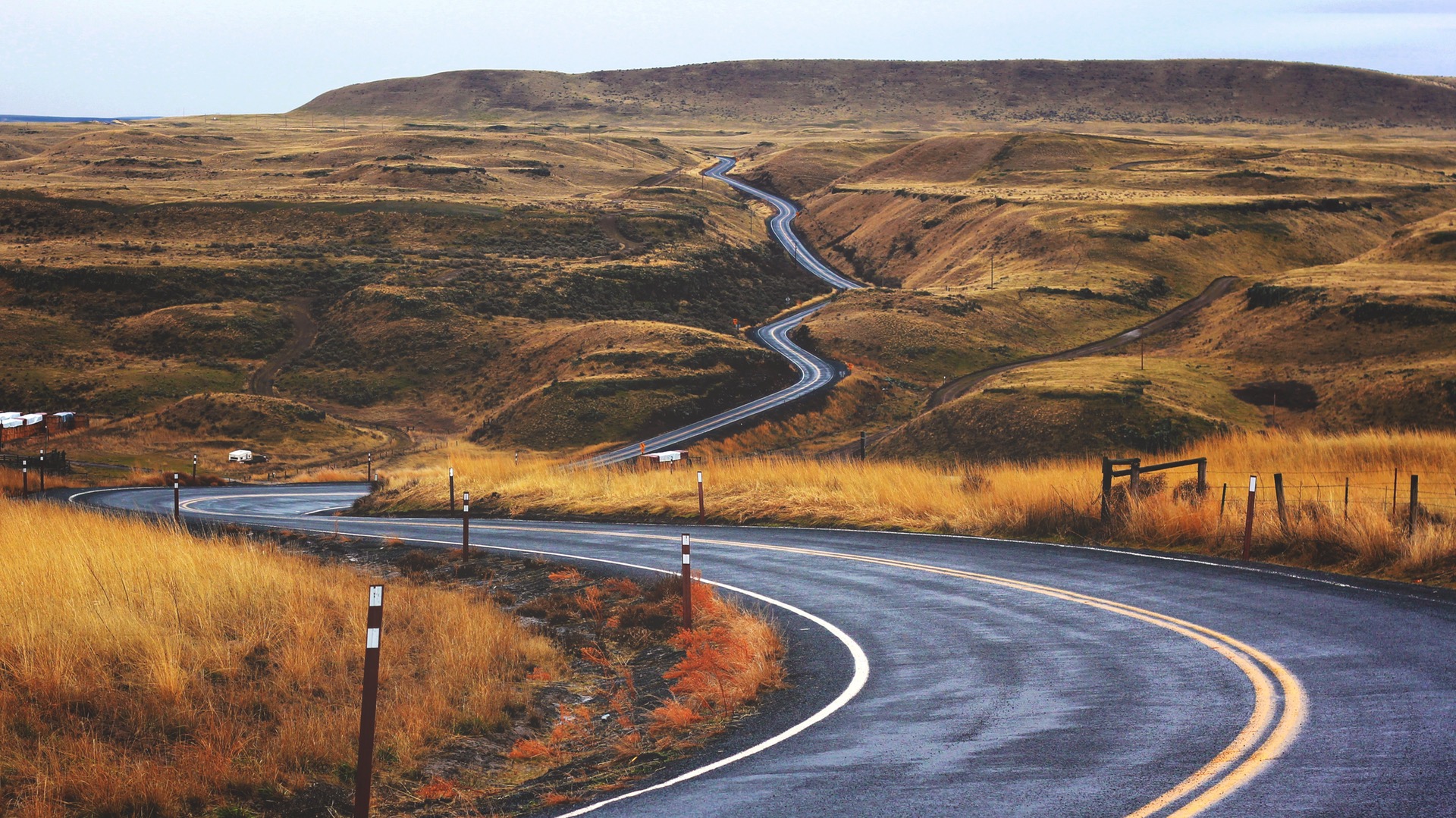