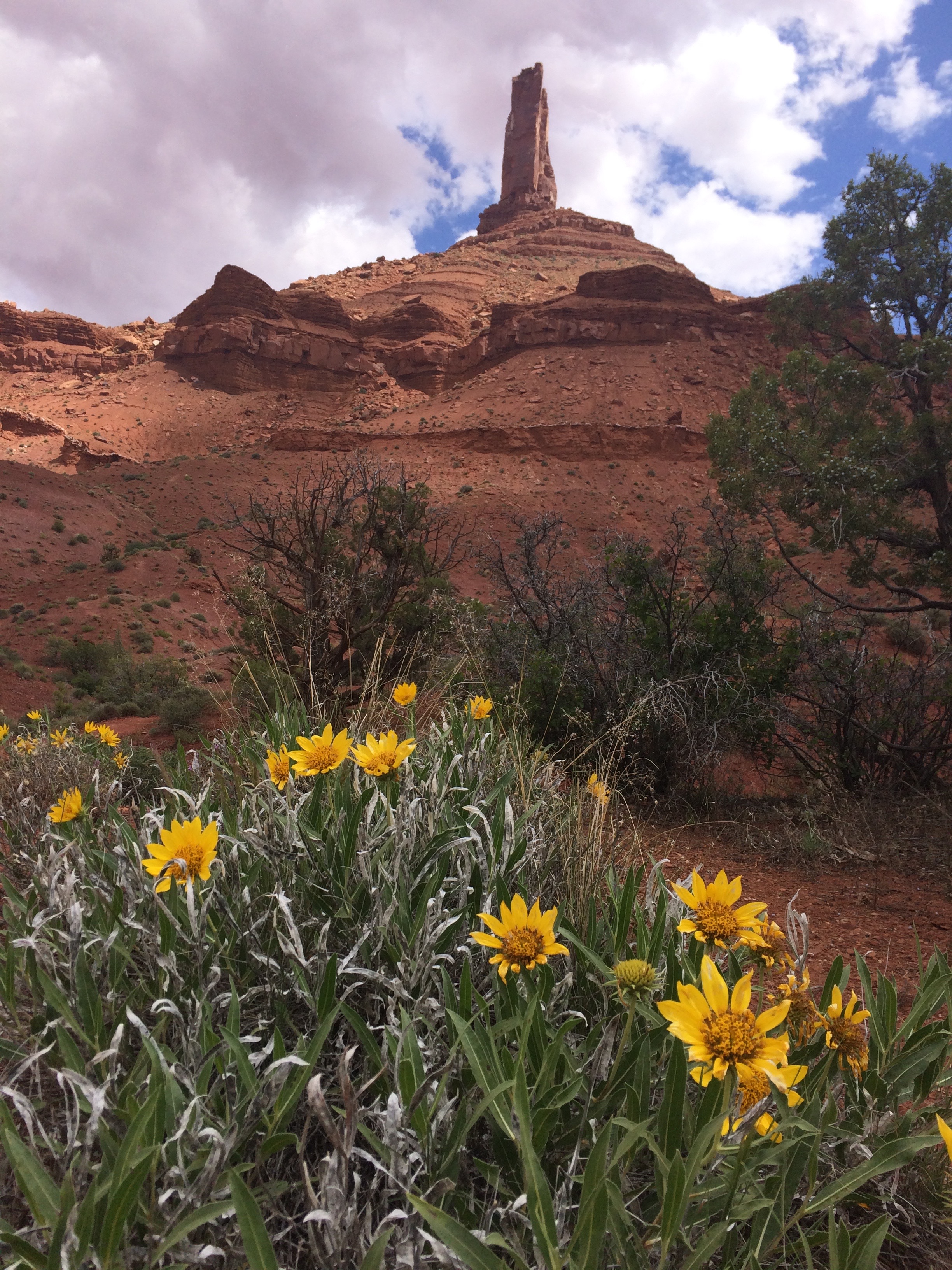 If you recall, ever since March I have wanted to make a desert trip. But work, family commitments or other adventures (like skiing the Grand) had always taken priority.

That is, until recently.

My buddy, Mike, and I had planned on climbing for a few days in the South Platte over Memorial Day weekend. But then the weather forecast went sour in Colorado—really sour. It seemed every crag in the state—and tri-state area for that matter—held major precipitation in the forecast (chances of at least 80 percent). Except for Moab

And that is how I found myself at the base of Castleton Tower on Friday, May 25, ducking for cover (ironically). A thunderstorm approached nearby and a few drops of rain fell, but the storm never materialized. After an hour of waiting, the dark clouds passed and away we went, up Castleton Tower. This would be my second ascent, though my first up the Kor Ingalls route. What an epic day and epic climb! 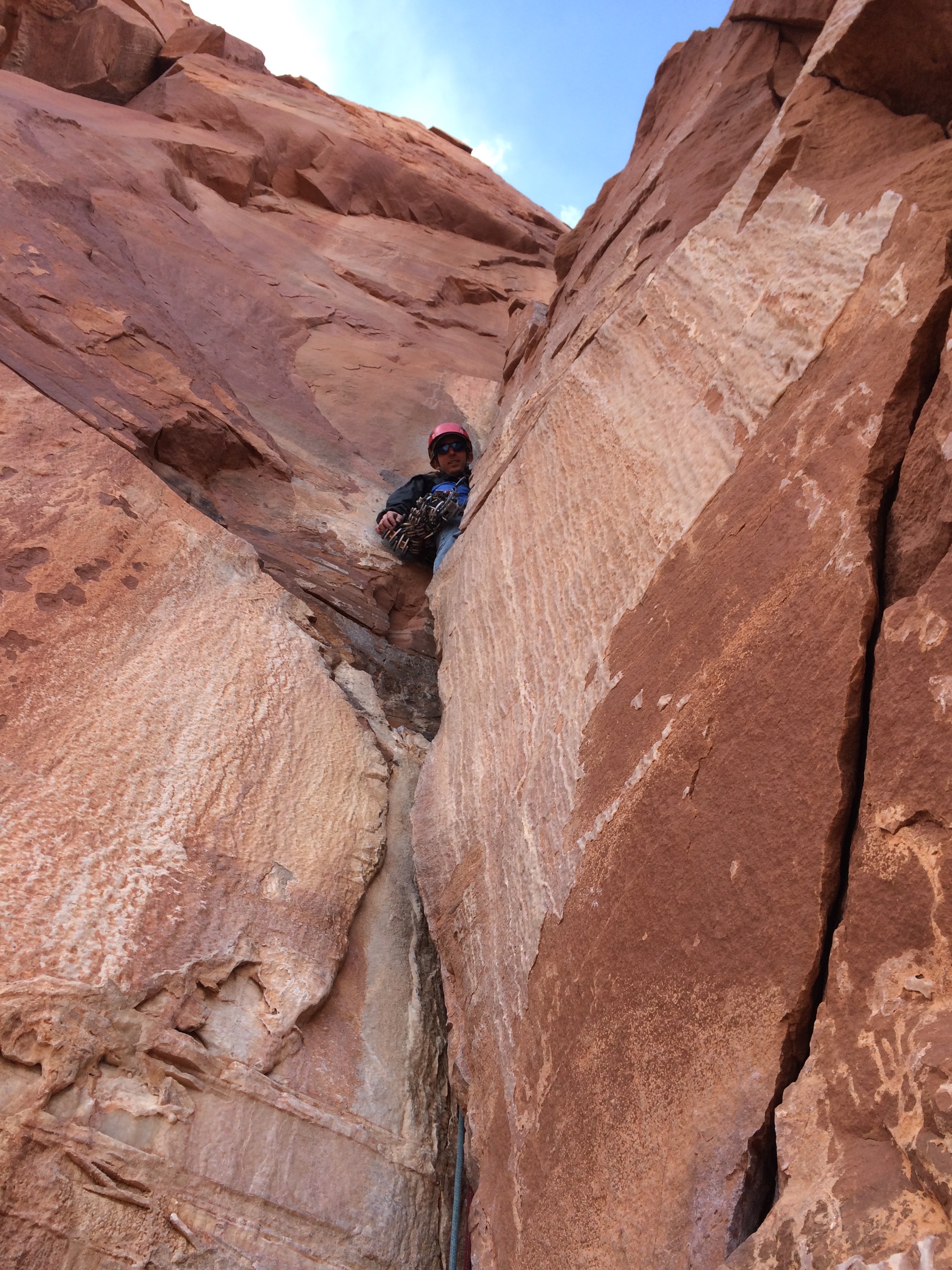 Mike leading the third pitch, the off width crux. 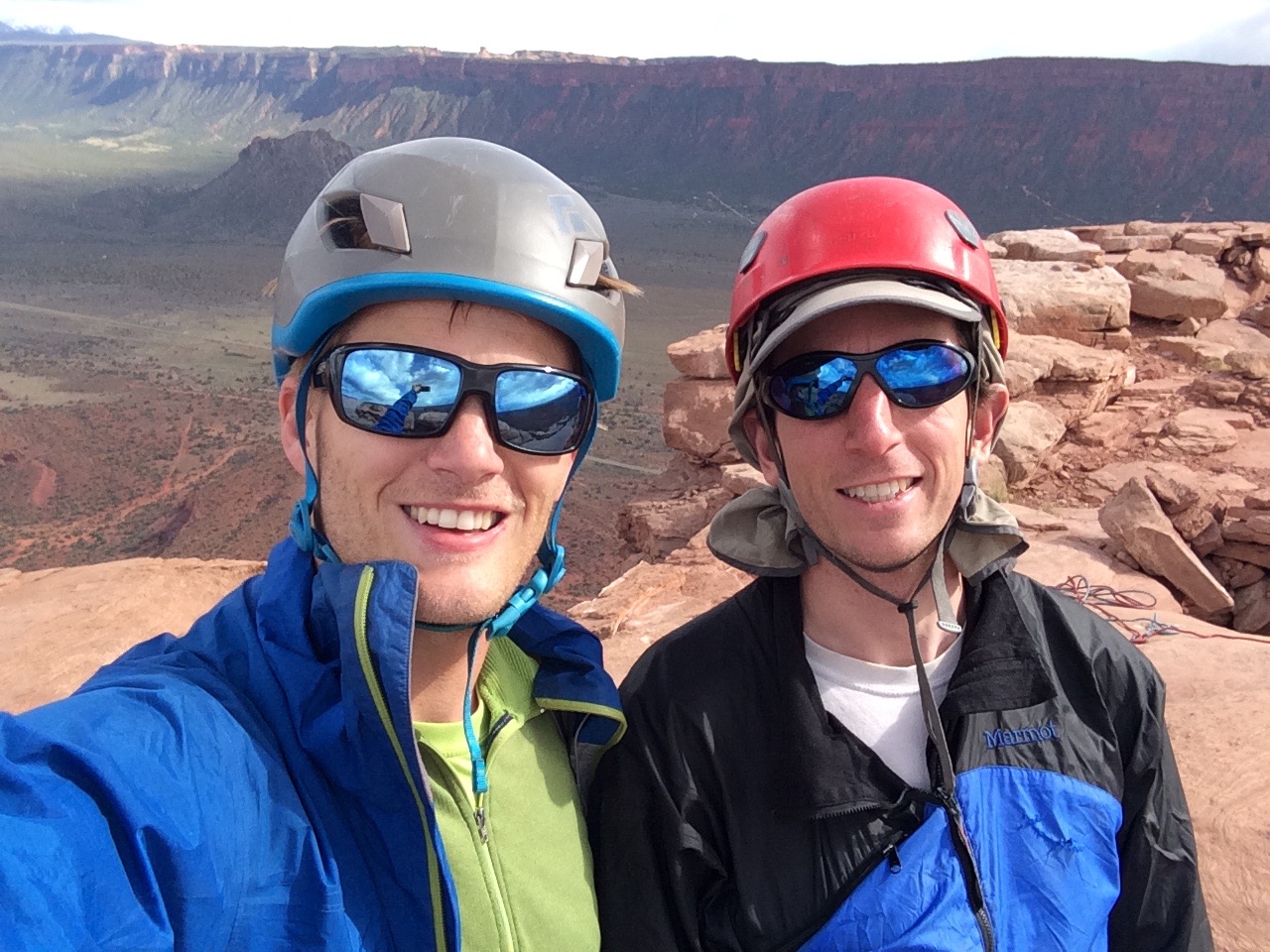 Summit Pic. The summit of Castleton Tower is surprisingly large, about the size of a backyard swimming pool.
Over the course of the weekend, we racked up quite a few adventures. In our short 2-day window, we tried a few other desert towers, trail run in Arches NP, as well as dined at my favorite Moab Mexican Restaurant. Here was our itinerary:

Ate at Fiesta Mexicana Restaurant and enjoyed a Super Burrito and one of their House Margaritas—which now cost $10!! Yikes, inflation.

Saturday: Started hiking at about 7:45 a.m. to Sister Superior feature. Climbed first 3 pitches of Jah Man, a 5-10c route. Then another storm threatened, and we bailed. Wind was blowing so hard our ropes went sideways! We were happy to get on the ground and out of the 60 mph winds. Weirdly, the wind was not blowing much when we arrived at the base of the climb.

Climbed one of my favorite climbs at Wall Street: Flakes of Wrath, a super fun 5-9 route with perfect hands in the first part and crux.

Afterward we speed hiked to Delicate Arch. Then I went for a 7.5 mile trail run around the Devil’s Playground Trail, running by nearly every arch viewing point. Left Moab at 1:00 p.m. 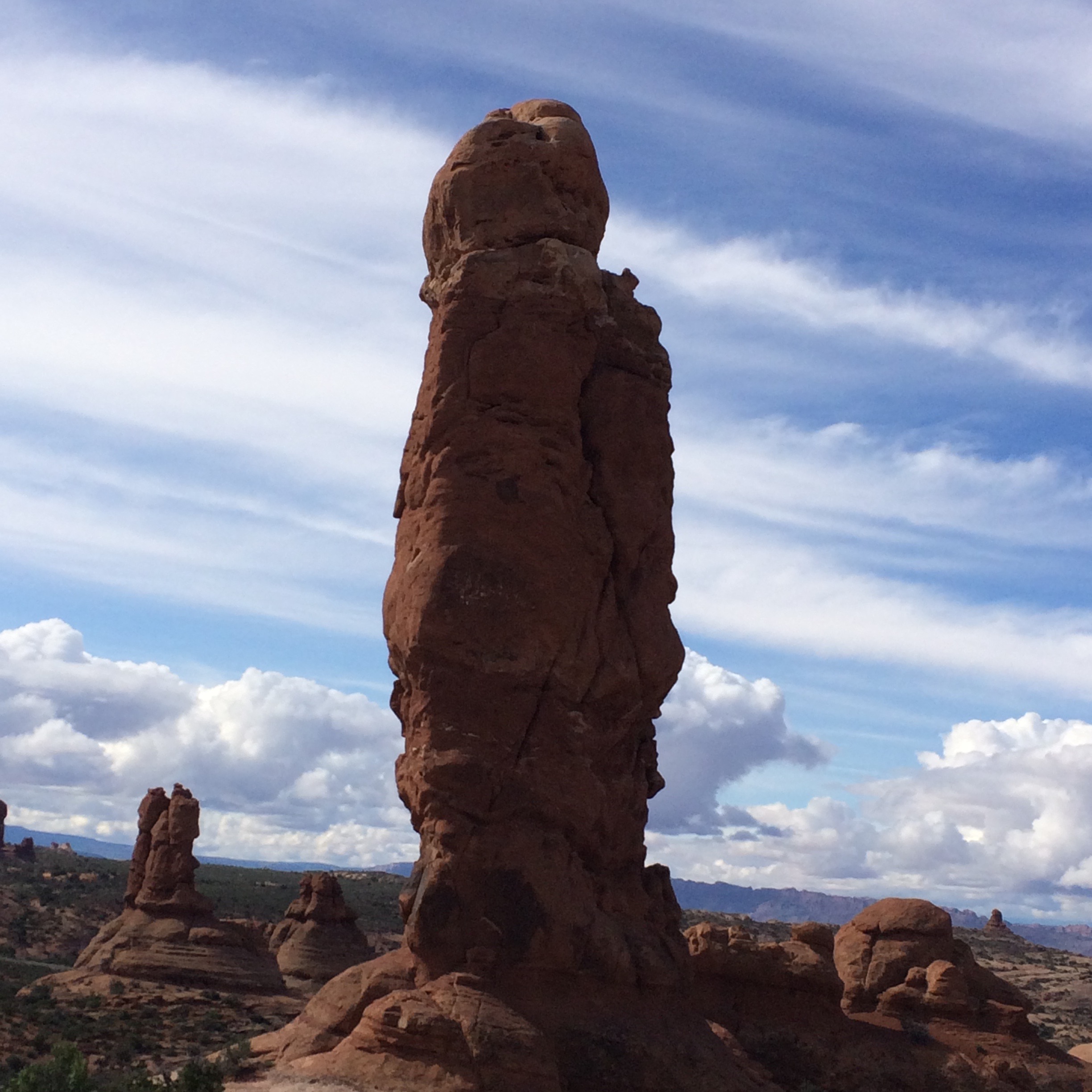 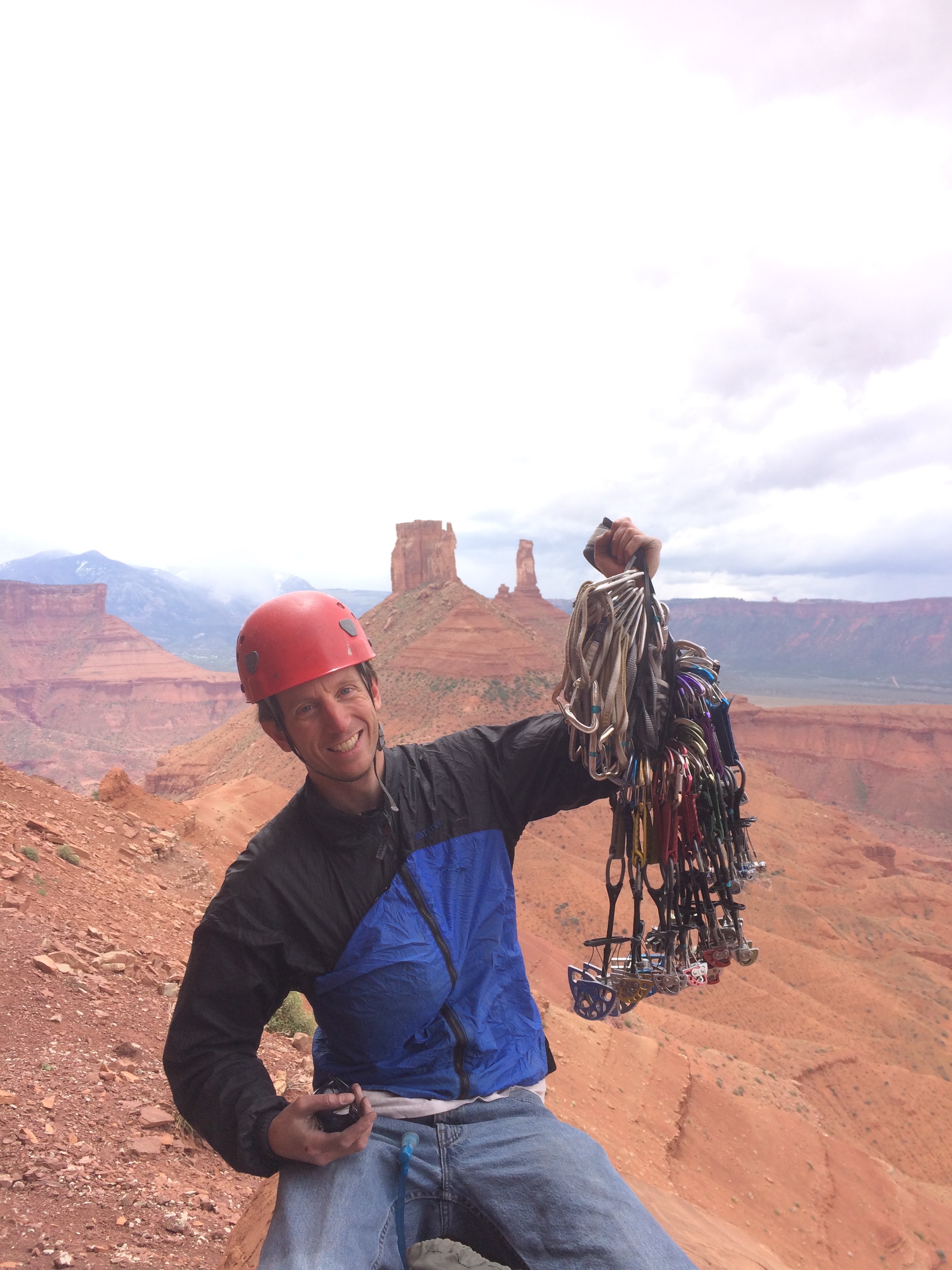 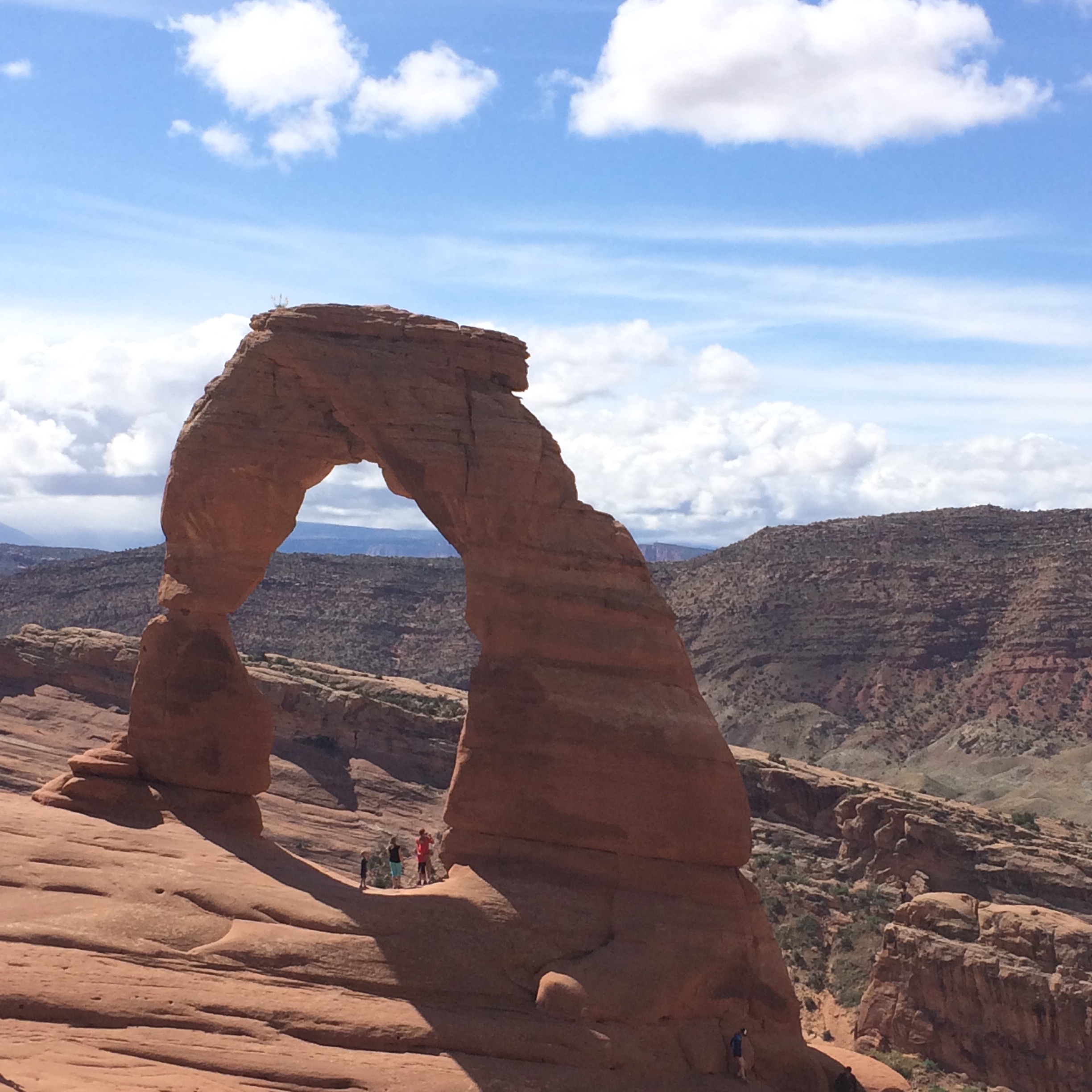 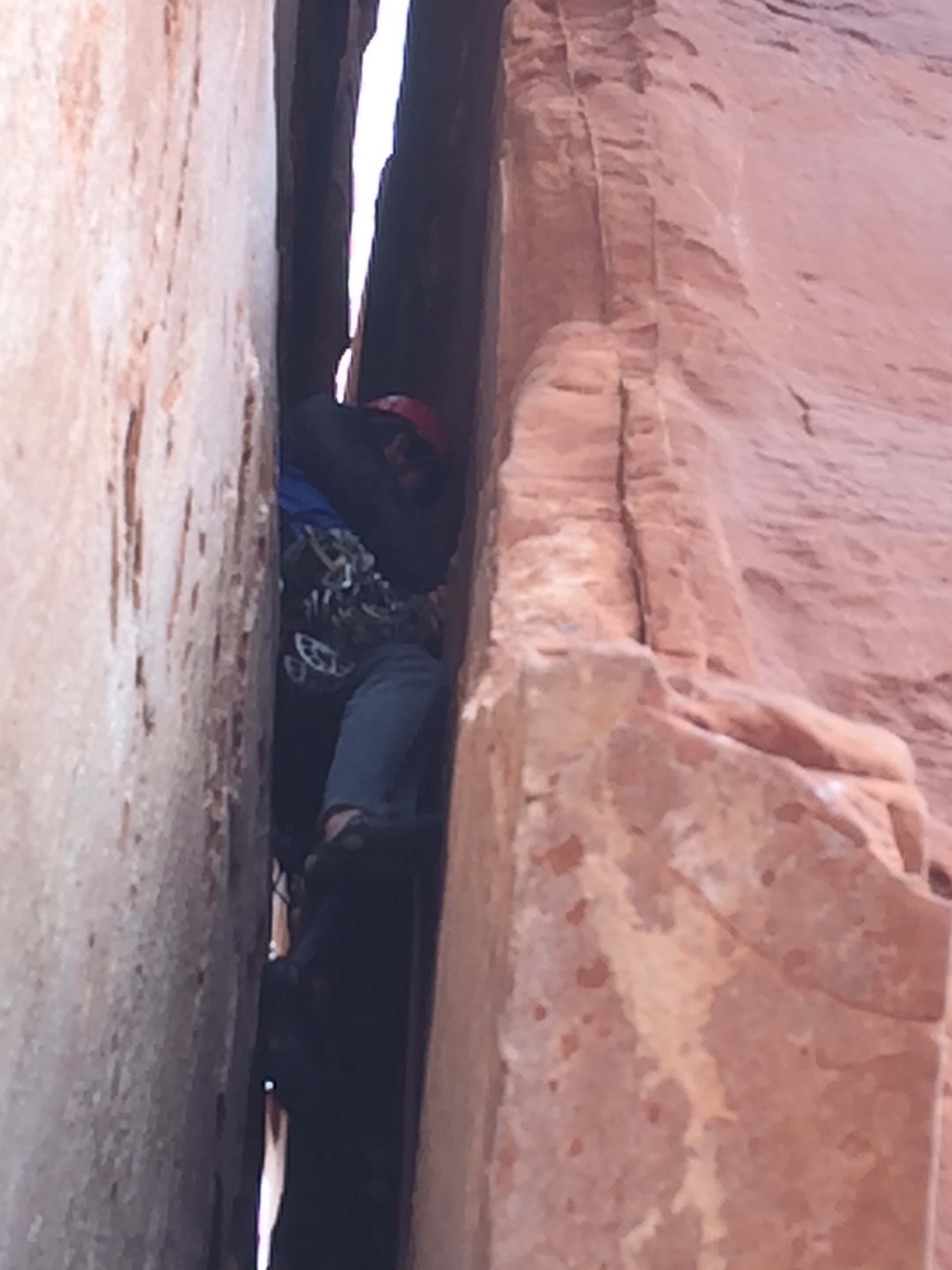 Mike fights his way through the squeeze chimney pitch of Jah Man.

I have much more to say about this epic trip, but perhaps I will save it for later. All I know is that my wife is having a baby in July and wisdom would say I won’t be making a desert trip for awhile. So glad I got this in!

P.S. Did I mention I love desert adventures? In fact, here are a few different stories I wrote about climbing in the desert, as well as the history of desert climbing: